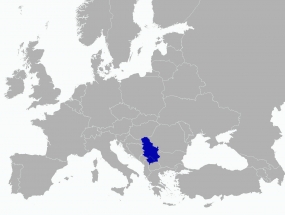 The components of the North CSE Corridor project are segments of the important route of energy transmission from Romania to the Western parts of the region, mainly Bosnia and Herzegovina, Croatia and Italy, which all could experience energy deficiency and the need for import in the years to come.

In the region of South Banat, where the project is considered to be realized, a vast amount of wind generation facilities have already applied for connection to the transmission system. All this renewable energy has to be evacuated from this area, and it will be enabled and facilitated by Component 2.

The transmission grid in this area is already overstretched and congested in certain situations, especially in the summer period. Furthermore, demands for supply from large industrial consumers in the northwest part of Belgrade are rapidly consuming available capacities and security of supply will be under increasing risks.

According to the scope of work, the following analyzes are done: